« Back to the Apache Cassandra Blog

Our monthly roundup of key activities and knowledge to keep the community informed.

We are expecting 4.0rc to be released soon, so join the Cassandra mailing list to stay up-to-date.

For the latest status on Cassandra 4.0 GA please check the Jira board (ASF login required). We are within line-of-sight to closing out beta scope, with the remaining tickets representing 2.6% of the total scope. Read the latest summary from the community here.

The community has been discussing release cadence after 4.0 reaches GA. An official vote has not been taken on this yet, but the current consensus is one major release every year. Also under discussion are bleeding-edge snapshots (where stability is not guaranteed) and the duration of support for releases.

Updates on Cassandra Enhancement Proposals (CEPs), how to contribute, and other community activities.

We are pleased to announce that Paulo Motta has accepted the invitation to become a PMC member! This invite comes in recognition of all his contributions to the Apache Cassandra project over many years.

Apache Cassandra is taking part in the Google Summer of Code (GSoC) under the ASF umbrella as a mentoring organization. We will be posting a separate blog soon detailing how post-secondary students can get involved.

With 4.0 approaching completion, the idea of a project roadmap is also being discussed.

The Kubernetes SIG is looking at ways to invite more participants by hosting two meetings to accommodate people in different time zones.Watch here. 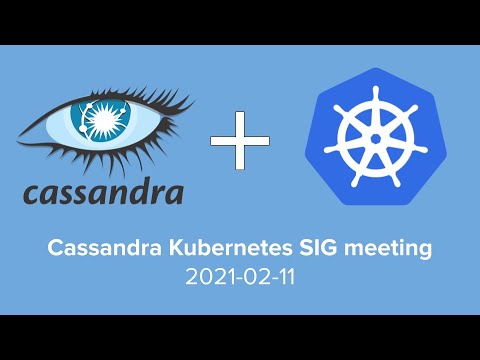 A community website dedicated to cass-operator is also in development focused on documentation for the operator. Going forward, the Kubernetes SIG is discussing release cadence and looking at six releases a year.

K8ssandra 1.0, an open source production-ready platform for running Apache Cassandra on Kubernetes, was also released on 25 February and announced on its new community website.. Read the community blog to find out more and what’s next. K8ssandra now has images for Cassandra 3.11.10 and 4.0-beta4 that run rootless containers with Reaper and Medusa functions.

“The Instana components are already containerized and run in our SaaS platform, but we still needed to create containers for our databases, Clickhouse, Cassandra, etc., and set up the release pipeline for them. Most of the complexity is not in creating a container with the database running, but in the management of the configuration and how to pass it down in a maintainable way to the corresponding component.” - Instana

“We were able to successfully migrate the Cassandra database deployed in Kubernetes to another cluster while keeping the Cassandra production installation in a fully functioning state and without interfering with the operation of applications.” - Flant

Do you have a Cassandra case study to share? Email cassandra@constantia.io.

TWB: Top 3 Technologies which are winning the Run in 2021

Cassandra Changelog is curated by the community. Please send submissions to cassandra@constantia.io.